There are certain movies that just stick with me. I have not seen Honey, I Shrunk the Kids in over a decade, but scenes of kids swimming in French onion dip and standing alongside an enormous Oatmeal Creme Pie still run through my head on a regular basis.

This past weekend, I saw Little Shop of Horrors for the first time and encountered that same sticking power. The music! The colors! The abundance of goofiness! From Steve Martin’s sadistic tooth extractions to the sweeping refrains of “Suddenly, Seymour,” I was enthralled. 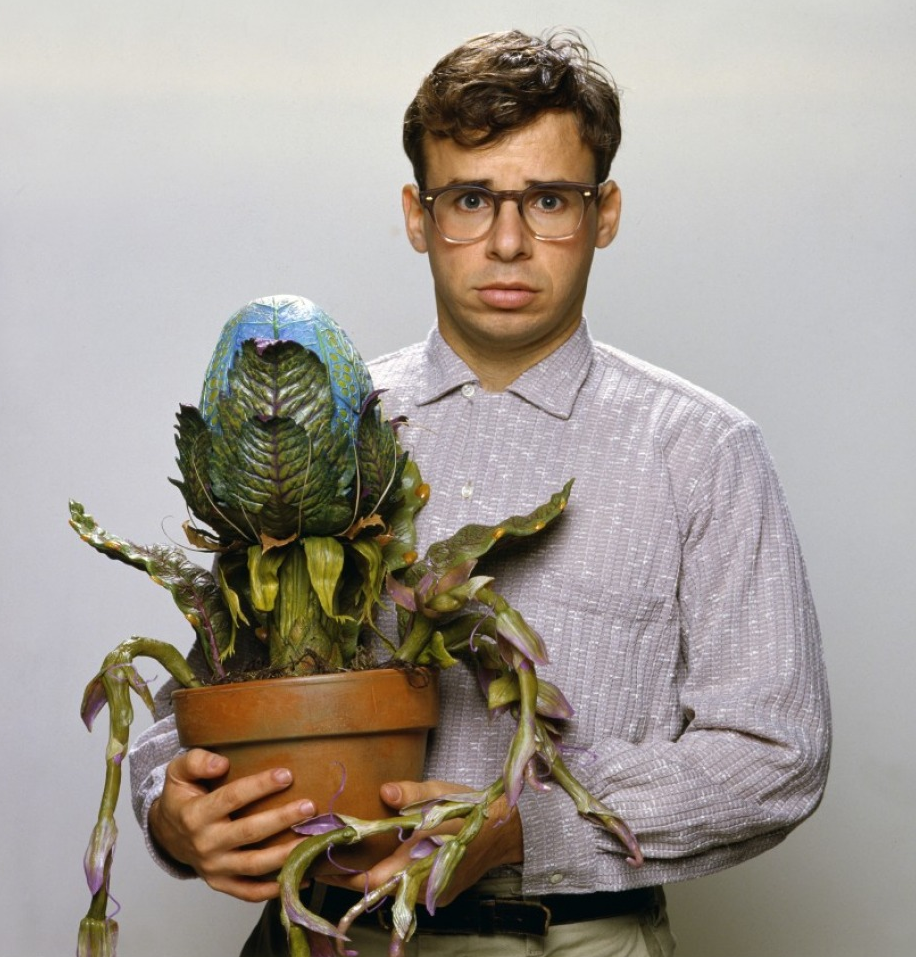 Moranis as Seymour in ‘Little Shop of Horrors’

One could dismiss my appreciation of these films as part of an undying affinity for the fantastic–both exhibit overblown caricatures and hyperreal settings. Yet, when one looks past the wackiness of these ’80s gems, there remains a significant common thread: Rick Moranis.

Moranis–arguably the king of bespectacled beta males–has some golden film credits to his name. In addition to the titles above, he’s also been a part of Ghostbusters, Spaceballs, Strange Brew, and The Flintstones. He became a ubiquitous figure by the mid-1990s.

After scanning his artistic credits, it would appear that he has based recent projects on their level of anonymity or obscurity. Since the start of the 2000s, he has voice acted for children’s movies and written for a short-lived television show. He even released an album, “The Agoraphobic Cowboy,” in 2006 (which earned him an unexpected Grammy nod in the comedy category). While these projects are every bit as offbeat and creative as one might expect, many folks (including myself) hold out hope for an overdue return to the big screen. Moranis, however, has other priorities in mind:

One can hardly disapprove of his decision to play the role of family man. Ultimately, he should be commended for taking a break when he did. His current elusiveness only increases my appreciation for his past visibility. (“Absence makes the heart grow fonder.” Right?) No matter how extended or how brief his hiatus, I can watch him rock Ray Bans and quirky sweater vests whenever I please.  That’s enough to appease any wistful fan.