Rocking the Boat – Twilight and Trolls

This guy is all over the internet. He might even be you.

It’s interesting to me that a book meant for young adults generates so much emotion. But so does everything that is popular. Especially in geek culture.

Go to nearly any message board that deals with Geekery. I bet that you’ll find at least one post within ten minutes that is full of pure vitriol for the given subject. And I’ve seen AWESOME things being hated on.

It even happens in my own house! My wife really hates Apple products. She doesn’t know why. I’m not sure if she’s even used an Apple product beyond playing Angry Birds on my iPhone, but she will insist vehemently that she hates Apple.

And that’s my biggest problem, I think. People are hating on things without reason. I was recently in a conversation with a friend who told me he hated Twilight. He hadn’t read the books, but had seen the third movie. How did he know he hated it?

I hated Harry Potter for awhile. I once started a novel about a boy who discovers he has magical powers, his parents die in a tragedy, etc. Then Harry Potter came out, and my dreams were pretty much dashed. I resented it for a long time. Until I read a couple of the books and watched the movies. I really, really liked it. I felt stupid for being such a troll hater.

I’m going to give you guys a tip. This is free advice, from a guy who has been on the internet for nearly two decades: 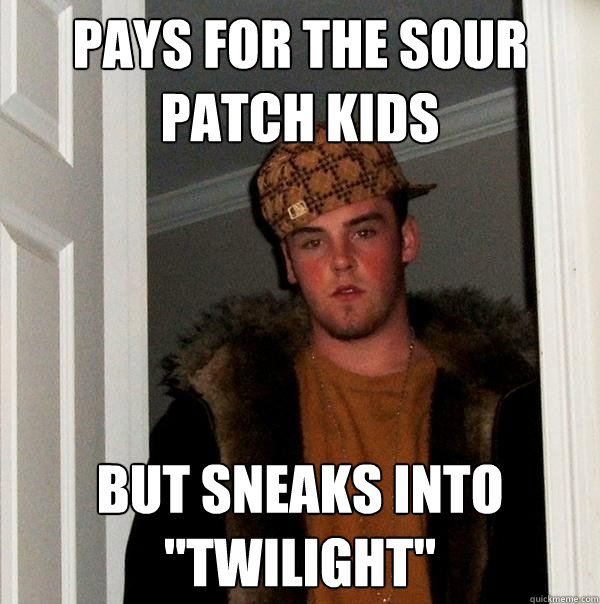 You know who else isn't courteous? This guy.

If you are posting Facebook messages about how stupid something is (and I’ve seen plenty of these with Twilight’s newest release), I want you to look in the mirror or turn on your webcam and look at yourself. Then, I want you to point at yourself and say these words.

Listen, there are plenty of reasons to hate things. Call people stupid for liking things is, for lack of a better term, stupid. How about instead of going for an emotional appeal in your hatred, try instead going for a rational one. You’ll learn how arguments work, you’ll learn a bit about human nature, and you’ll be a better person for it.

So, let me say this.

I don’t like Twilight because it is written poorly. Here are a bunch of examples.

You can be smart, courteous, and still hate Twilight!